While reading the news this morning about yet another successful data breach, I couldn't help but wonder if the hyperbole used in reporting about data breaches is stifling our ability to educate key stakeholders on what they really need to know.

Today's example is about a firm that many rely on for security strategy, planning, and execution. The article I read stated that they were "targeted by a sophisticated hack" but later explains that the attacker compromised a privileged account that provided unrestricted "access to all areas". And, according to sources, the account only required a basic password with no two-step or multi-factor authentication. That doesn't sound too sophisticated, does it? Maybe they brute-forced it, or maybe they just guessed the password (or found it written down in an office?)

It reminded me of an attack on a security vendor back in 2011. As I recall, there was a lot of talk of the sophistication and complexity of the attack. It was called an Advanced Persistent Threat (and maybe some aspects of it were advanced). But, when the facts came out, an employee simply opened an email attachment that introduced malware into the environment - again, not overly sophisticated in terms of what we think a hack to be.

The quantity, availability, and effectiveness of attack techniques are enough to make anyone uncomfortable with their security posture. I previously wrote about a German company who, in a breach response, wrote that it is "virtually impossible to provide viable protection against organized, highly professional hacking attacks." CISOs are being told that they should expect to be breached. The only questions are about when and how to respond. It makes you feel like there's no hope; like there's no point in trying.

However, if you look at the two examples above that were described as highly sophisticated, they may have been avoided with simple techniques such as employee education, malware detection, and multi-factor authentication. I don't mean to over-simplify. I'm not saying it's all easy or that these companies are at-fault or negligent. I'm just calling for less hyperbole in the reporting. Call out the techniques that help companies avoid similar attacks. Don't describe an attack as overly sophisticated if it's not. It makes people feel even more helpless when, perhaps, there are some simple steps that can be taken to reduce the attack surface.

I'd also advocate for more transparency from those who are attacked. Companies shouldn't feel like they have to make things sound more complicated or sophisticated than they are. There's now a growing history of reputable companies (including in the security industry) who have been breached. If you're breached, you're in good company. Let's talk in simple terms about the attacks that happen in the real world. An "open kimono" approach will be more effective at educating others in prevention. And again, less hyperbole - we don't need to overplay to emotion here. Everyone is scared enough. We know the harsh reality of what we (as security professionals) are facing. So, let's strive to better understand the real attack surface and how to prioritize our efforts to reduce the likelihood of a breach.
at 11:13 AM No comments:
Labels: breach, data security, information security, IT security

Encryption would NOT have saved Equifax

I read a few articles this week suggesting that the big question for Equifax is whether or not their data was encrypted. The State of Massachusetts, speaking about the lawsuit it filed, said that Equifax "didn't put in safeguards like encryption that would have protected the data." Unfortunately, encryption, as it's most often used in these scenarios, would not have actually prevented the exposure of this data. This breach will have an enormous impact, so we should be careful to get the facts right and provide as much education as possible to law makers and really to anyone else affected. 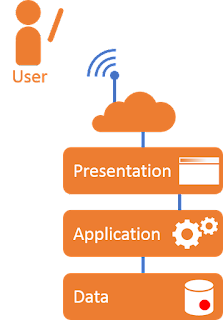 We know that the attack took advantage of a flaw in Apache Struts (that should have been patched). Struts is a framework for building applications. It lives at the application tier. The data, obviously, resides at the data tier. Once the application was compromised, it really doesn't matter if the data was encrypted because the application is allowed to access (and therefore to decrypt) the data.

I won't get into all the various encryption techniques that are possible but there are two common types of data encryption for these types of applications. There's encryption of data in motion so that nobody can eavesdrop on the conversation as data moves between tiers or travels to the end users. And there's encryption of data at rest that protects data as it's stored on disk so that nobody can pick up the physical disk (or the data file, depending on how the encryption is applied) and access the data. Once the application is authenticated against the database and runs a query against the data, it is able to access, view, and act upon the data even if the data was encrypted while at rest.

Note that there is a commonly-applied technique that applies at-rest encryption at the application tier. I don't want to confuse the conversation with too much detail, but it usually involves inserting some code into the application to encrypt/decrypt. I suspect that if the application is compromised then app-tier encryption would have been equally unhelpful.

The bottom line here is that information security requires a broad, layered defense strategy. There are numerous types of attacks. A strong security program addresses as many potential attack vectors as possible within reason. (My use of "within reason" is a whole other conversation. Security strategies should evaluate risk in terms of likelihood of an attack and the damage that could be caused.) I already wrote about a layered approach to data protection within the database tier. But that same approach of layering security applies to application security (and information security in general). You have to govern the access controls, ensure strong enough authentication, understand user context, identify anomalous behavior, encrypt data, and, of course, patch your software and maintain your infrastructure. This isn't a scientific analysis. I'm just saying that encryption isn't a panacea and probably wouldn't have helped at all in this case.

Equifax says that their "security organization was aware of this vulnerability at that time, and took efforts to identify and to patch any vulnerable systems in the company's IT infrastructure." Clearly, humans need to rely on technology to help identify what systems exist in the environment, what software is installed, which versions, etc. I have no idea what tools Equifax might have used to scan their environment. Maybe the tool failed to find this install. But their use of "at that time" bothers me too. We can't rely on point-in-time assessments. We need continuous evaluations on a never ending cycle. We need better intelligence around our IT infrastructures. And as more workloads move to cloud, we need a unified approach to IT configuration compliance that works across company data centers and multi-cloud environments.

100% protection may be impossible. The best we can do is weigh the risks and apply as much security as possible to mitigate those risks. We should also all be moving to a continuous compliance model where we are actively assessing and reassessing security in real time. And again... layer, layer, layer.
at 7:26 PM No comments:
Labels: data security, encryption, information security
Newer Posts Older Posts Home
Subscribe to: Posts (Atom)